The village, shaped like a snail from the sky, is located in the hinterland of Cannes. Many restaurants, artists' studios and art galleries attract tourists coming here on the trail of Pablo Picasso who stayed there for more than ten years.

Stroll through the narrow and shady alleys

Located between Nice, Cannes and Grasse, Mougins enjoys a fairly central position in the coastal strip of the Alpes-Maritimes department. Large car parks surround the bottom of the village, avoiding noises and traffic jams in the alleys of old Mougins, snail village as the aerial images on this page bear witness. The local Tourist Office is at the entrance of the village in front of the ball place where the players point and shoot towards the jack. Pablo Picasso lived in Mougins from 1961 until his death in 1973. Many places keep his trace, starting with the museum of photography André Villiers (porte Sarrasine) which made many portraits of the artist. Portraits on the first floor, accompanied by collectible cameras. The ground floor is devoted to temporary exhibitions. 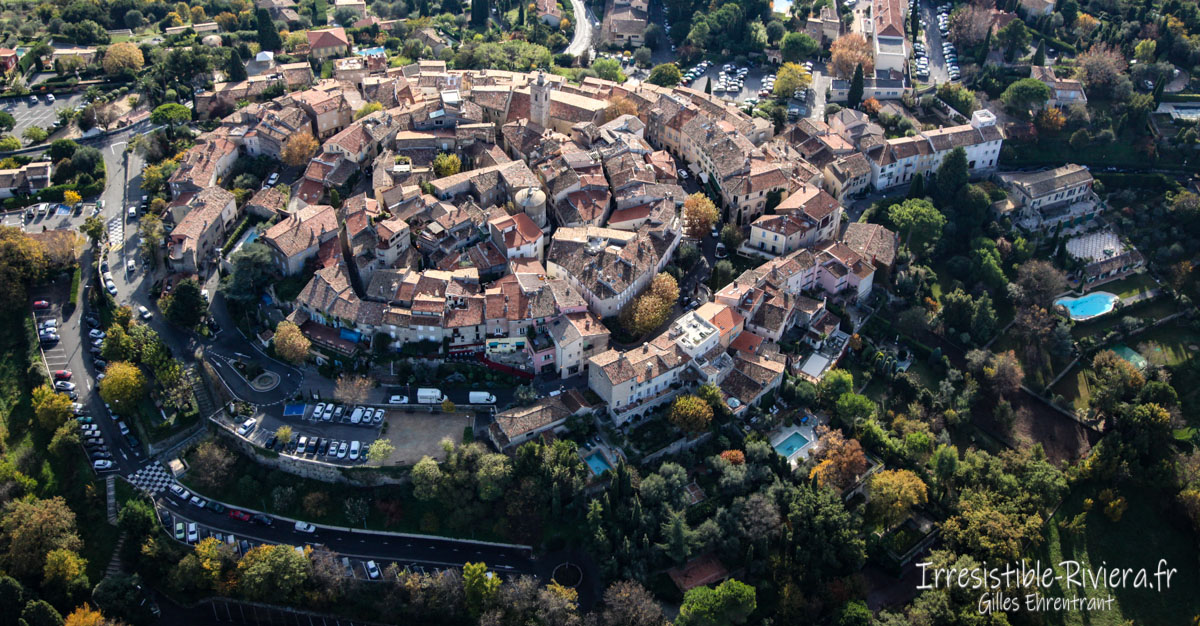 Virtual tour in the alleys

Many fountains refresh the atmosphere of the place, their gurgles coloring the space of a certain nonchalance. Going around the village will not take much time unless you visit the various galleries. Inevitably, the best is the least good. The maximum tourist attendance in summer inevitably transforming the place, while the winter season sees the village put a little hibernation. Do not hesitate to visit, just 10 minutes drive from there, the chapel Notre Dame de Vie and its small museum and exhibition photos of the great Lucien Clergue.

An exhibition "Mougins Monumental", large sculptures occupied the premises, during the realization of the few images on this page: Picasso by Gabriel Sterk, young girl lying on a bench « Dreamer » by Youn Cho, « Nana Grande » in emerald blue by Carin Grudda, multicolored tentacle « Tango marin » by Christine Stepahnoff, elephantine acrobatics by Philippe Berry. 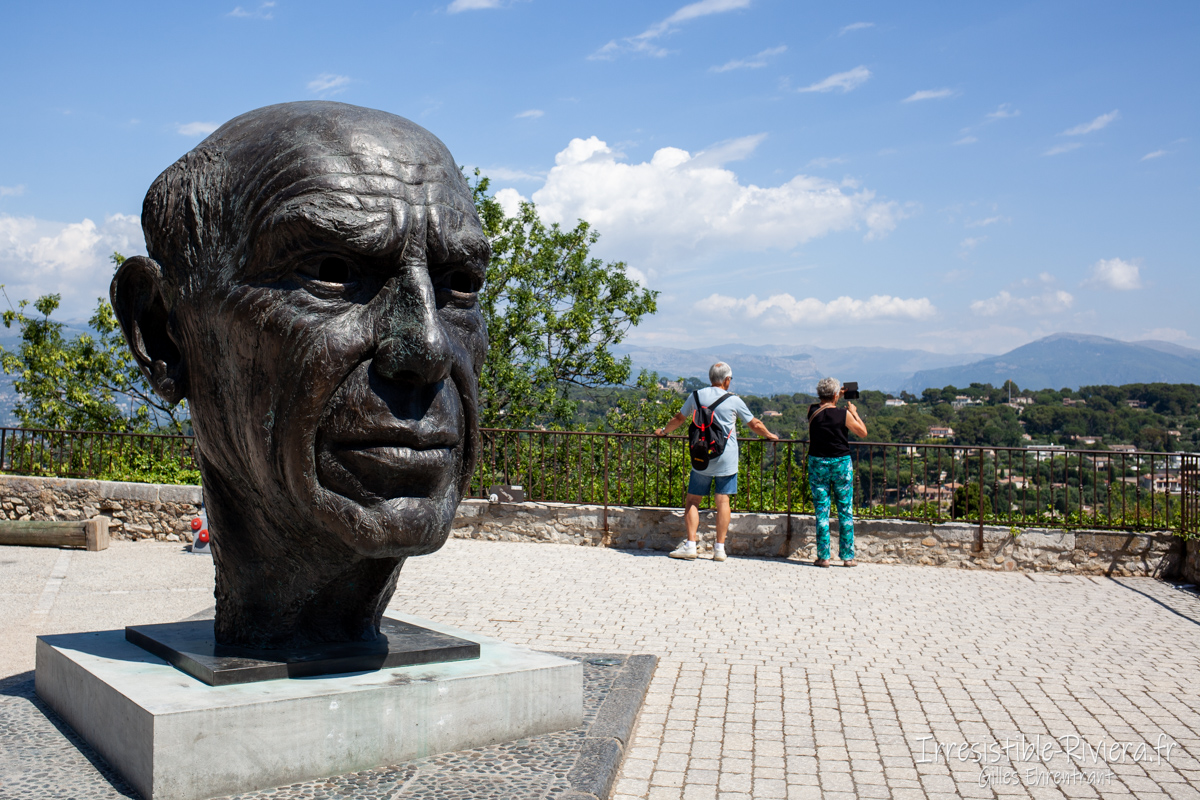 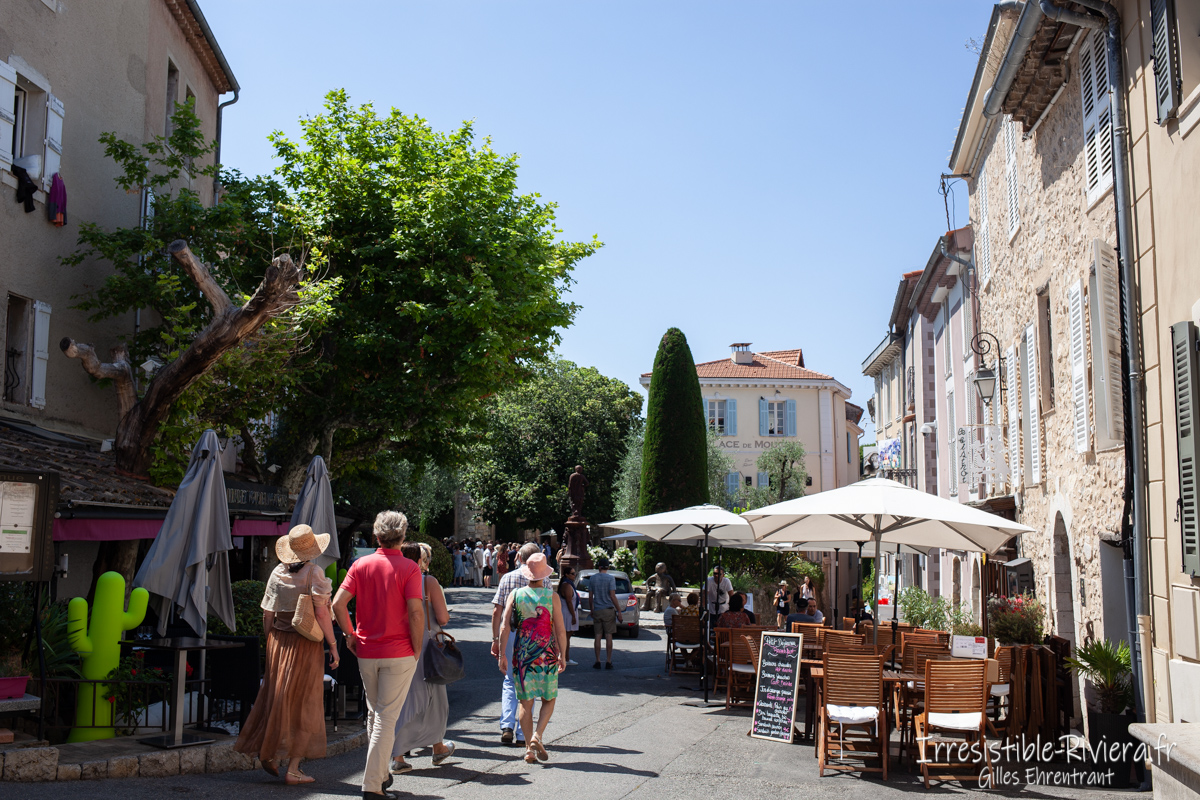 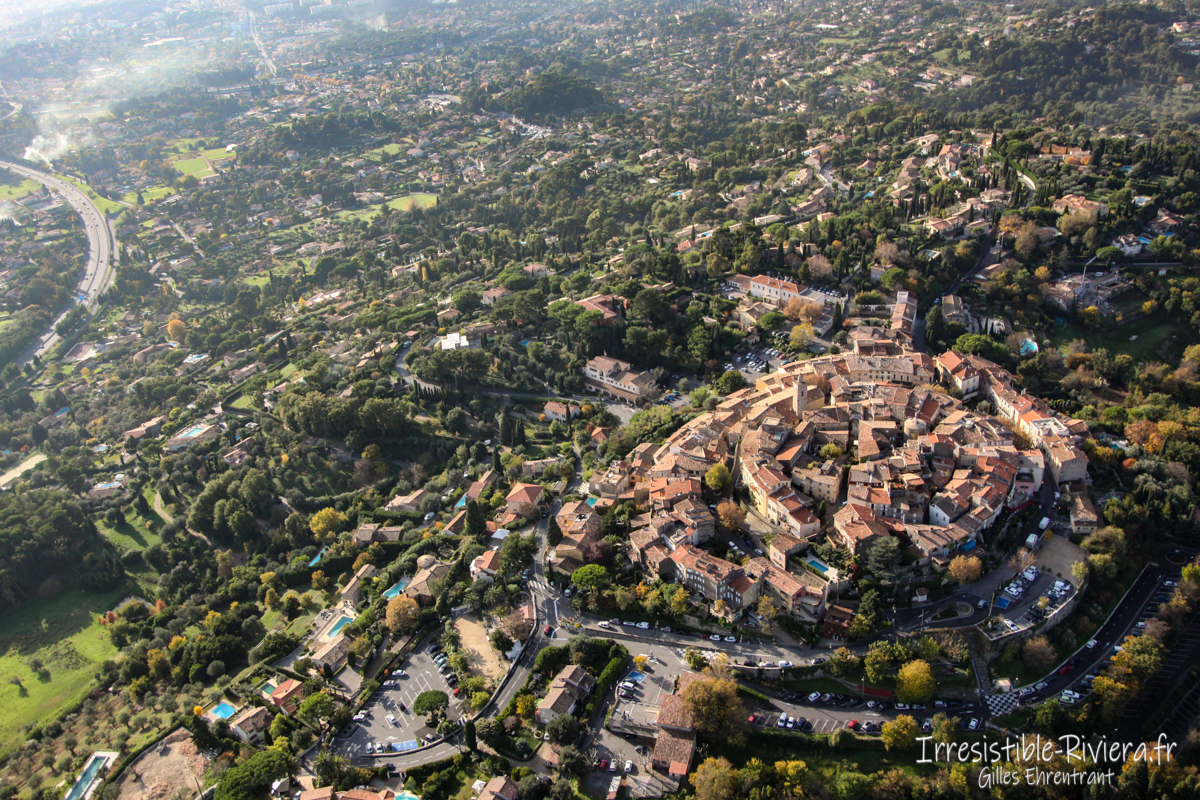 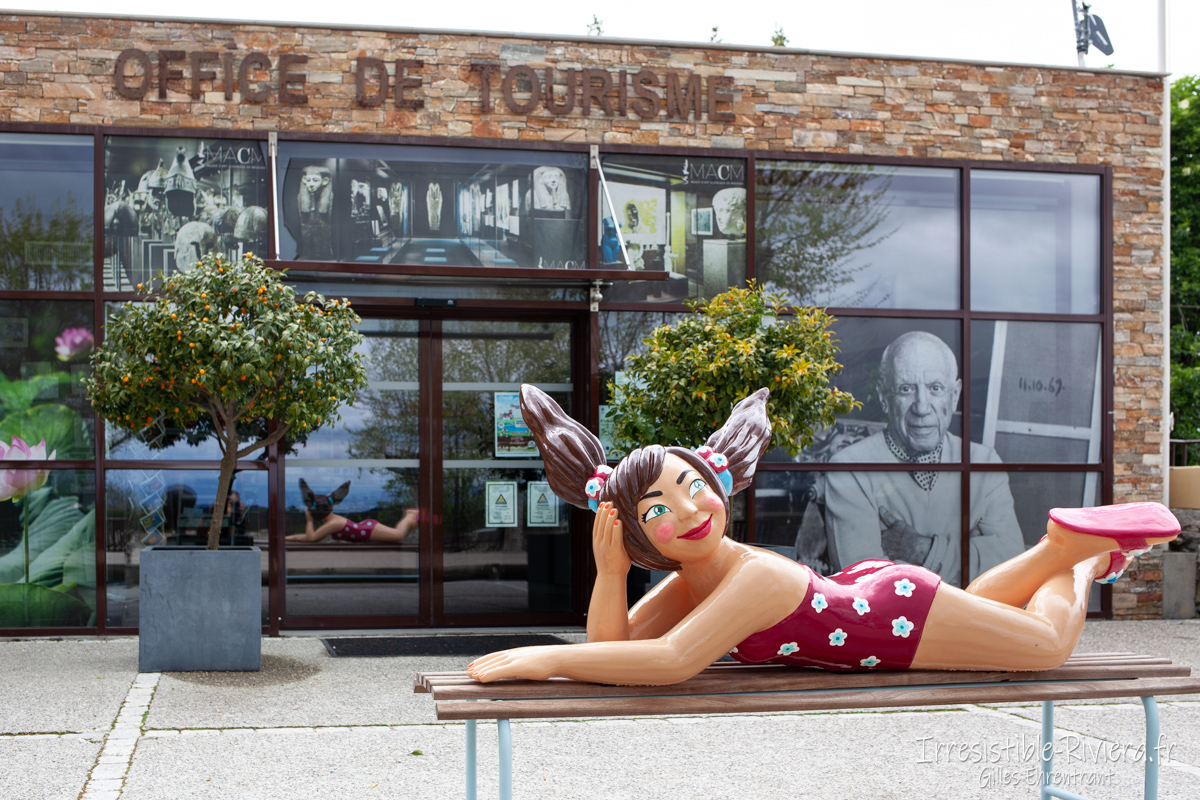 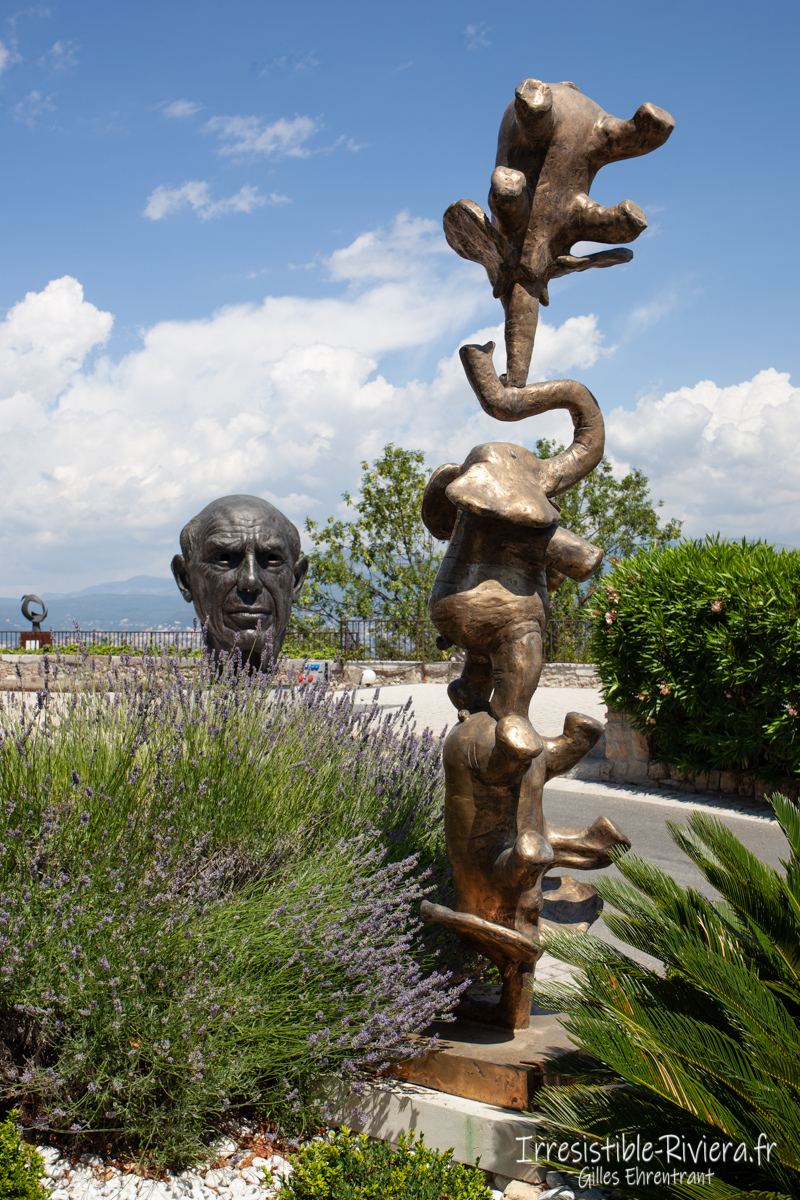 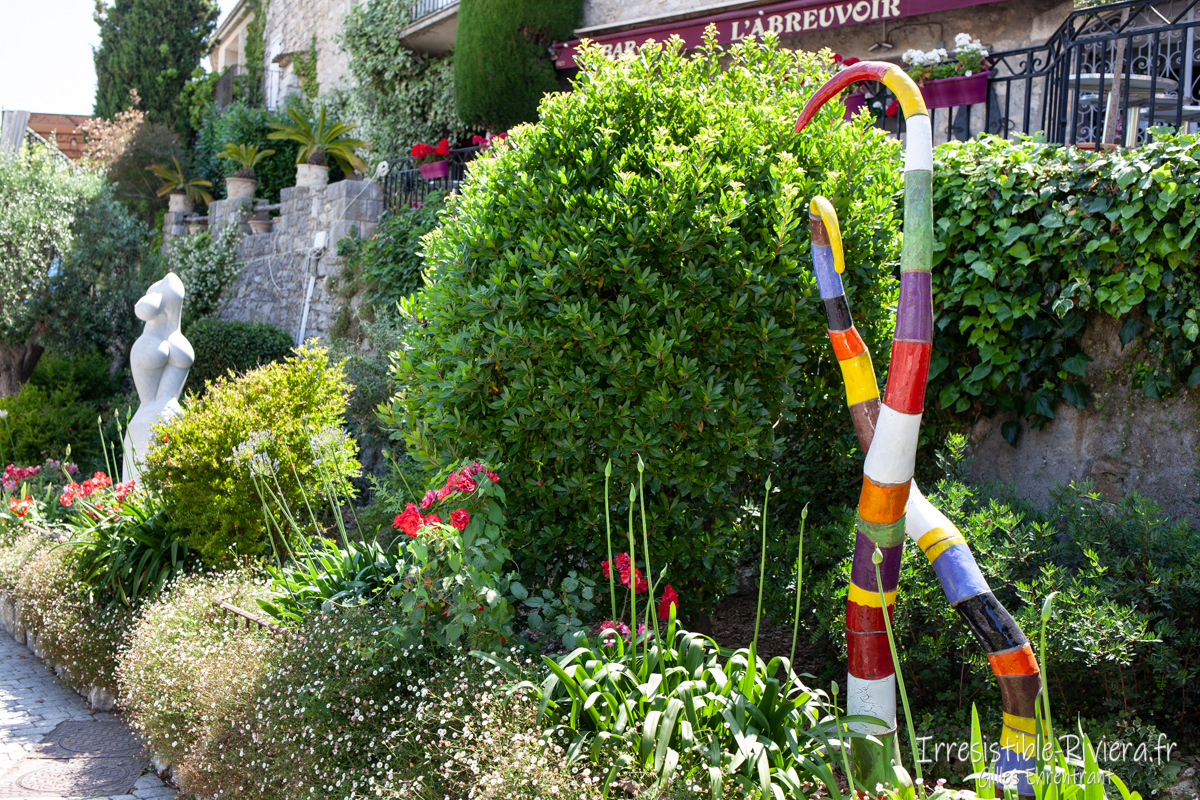 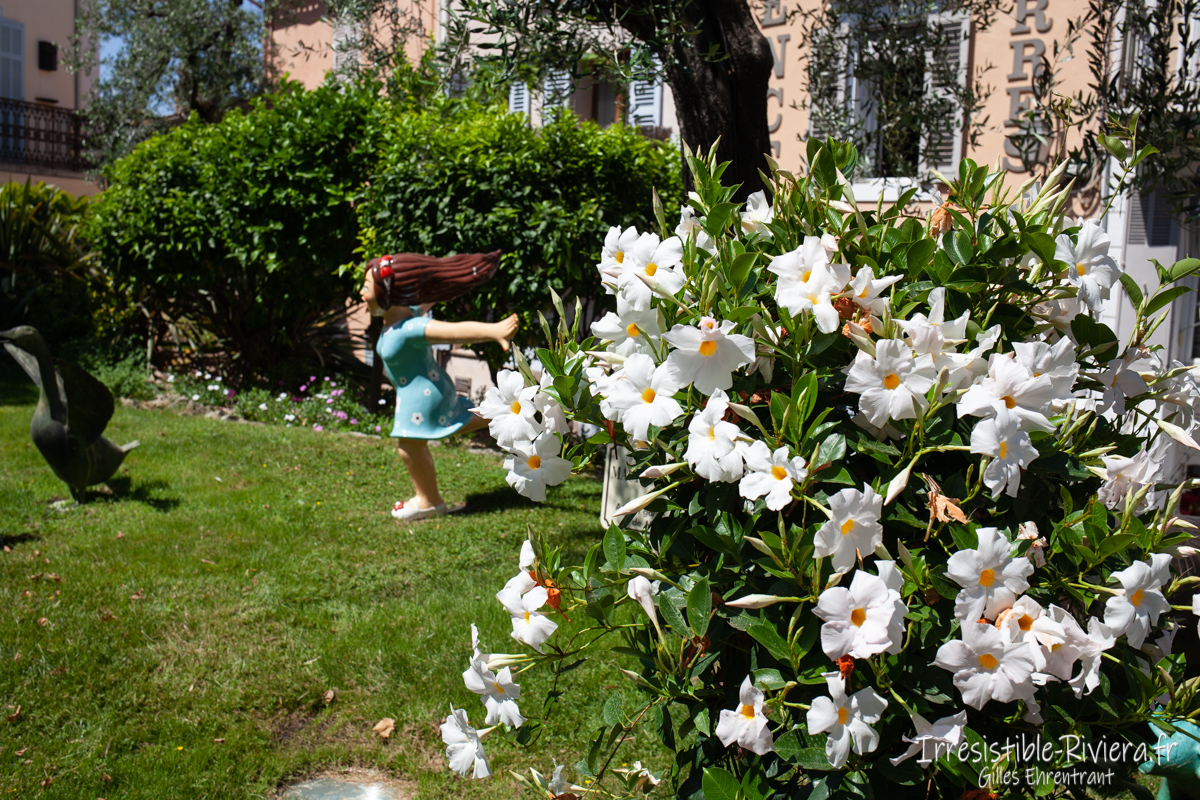 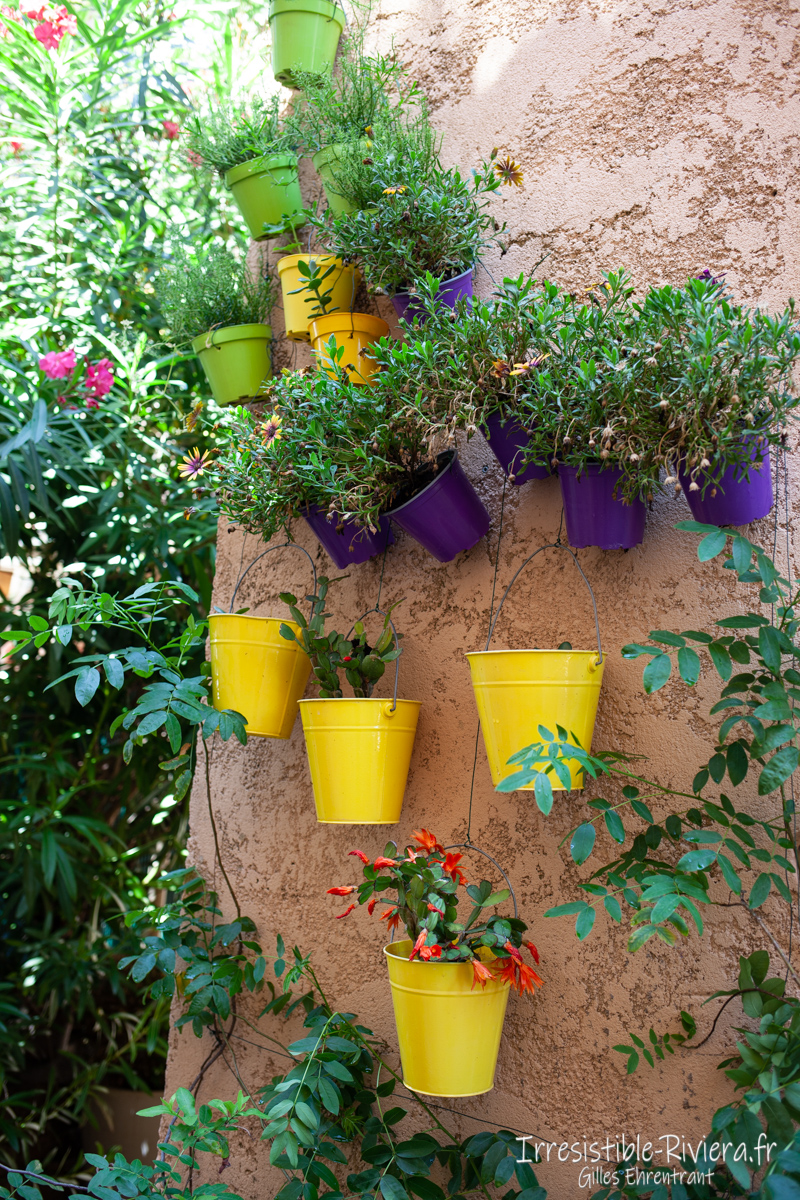 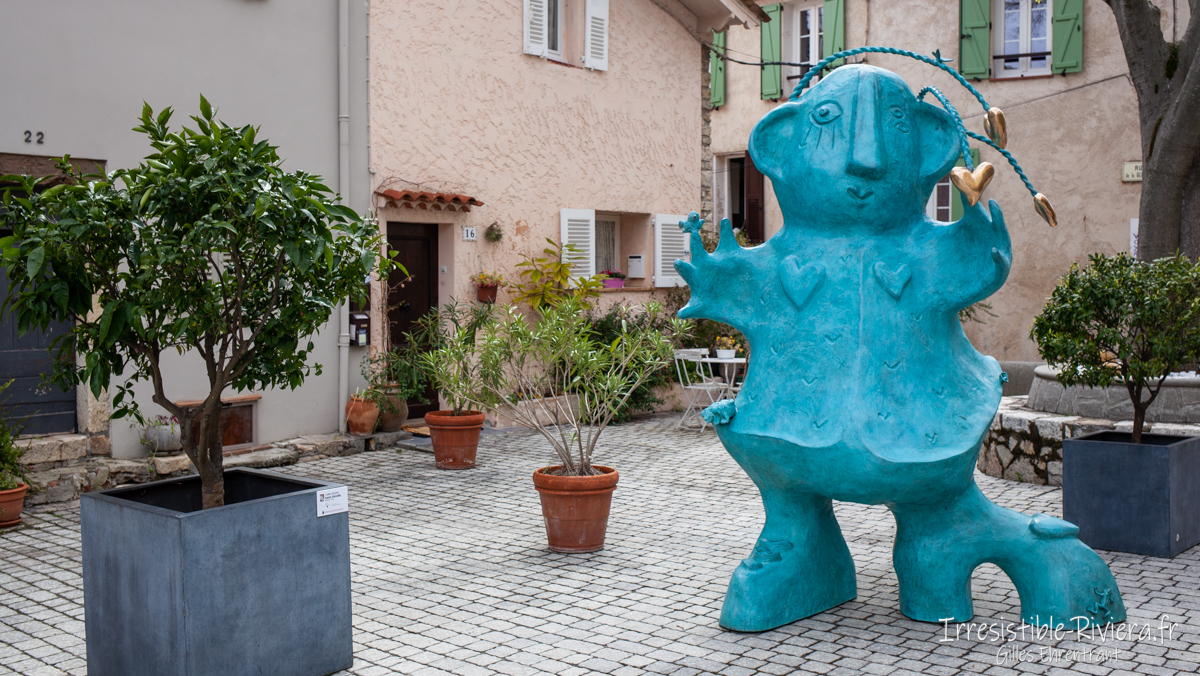 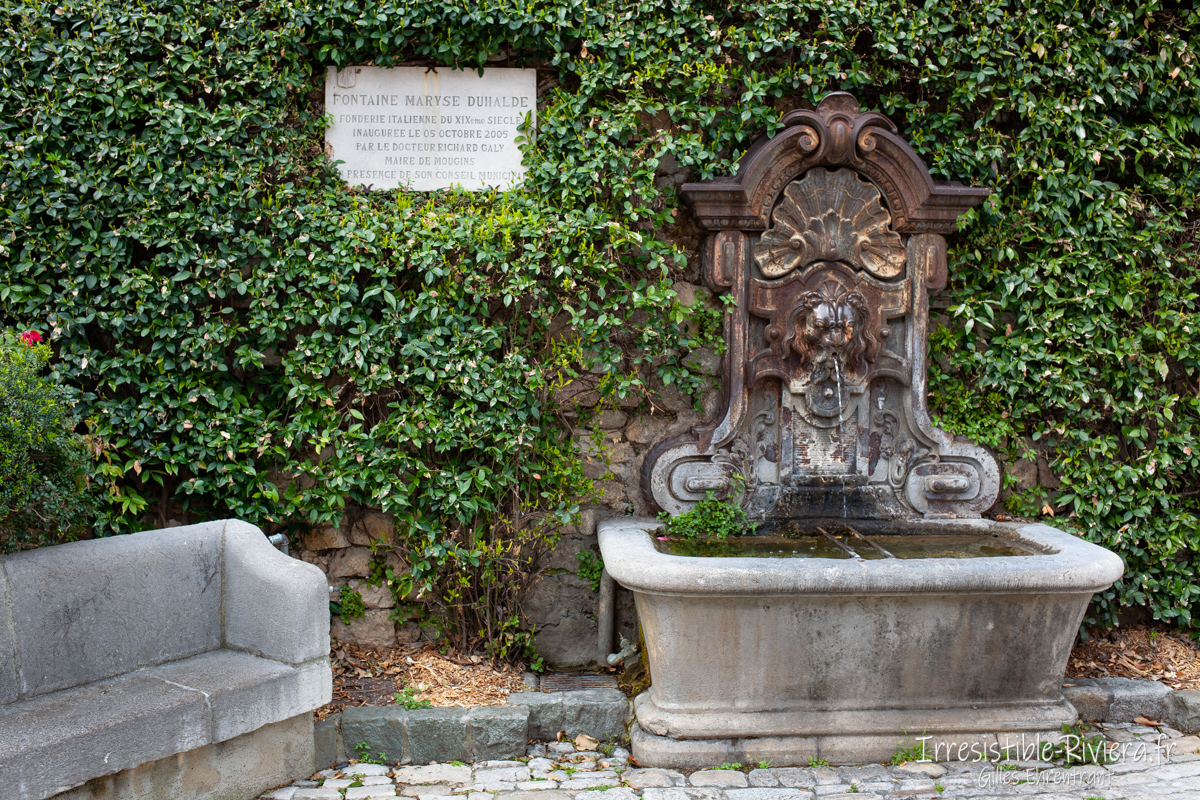