Informations on this page are not up to date. Please consult the page in French while waiting for the translation here. Problems with the app.
Current model which therefore contrasts with the old bike and its application which failed in many areas, without anyone reacting or communicating (apart from the users) on this subject, for almost two years!

Informations on this page are not up to date. Please consult the page in French while waiting for the translation here. Problems with the app.

The beautiful city of Nice, capital of the French Riviera, is ideal for the use of electrically assisted bicycles (VAE). The many hills and reliefs only reserved for the use of the little queen for the more athletic users. We will come back later in this (time-consuming) blog to the subject of cycle paths that are still too few in number in the Nice area. Do not hesitate more generally to consult the section of the site concerning the mobilities of Nice (means of transport and travel) : Cityscoot, Classic blue bike, track vs cycle lane, Tram and Bus, car sharing, Evélobleu first version etc ... 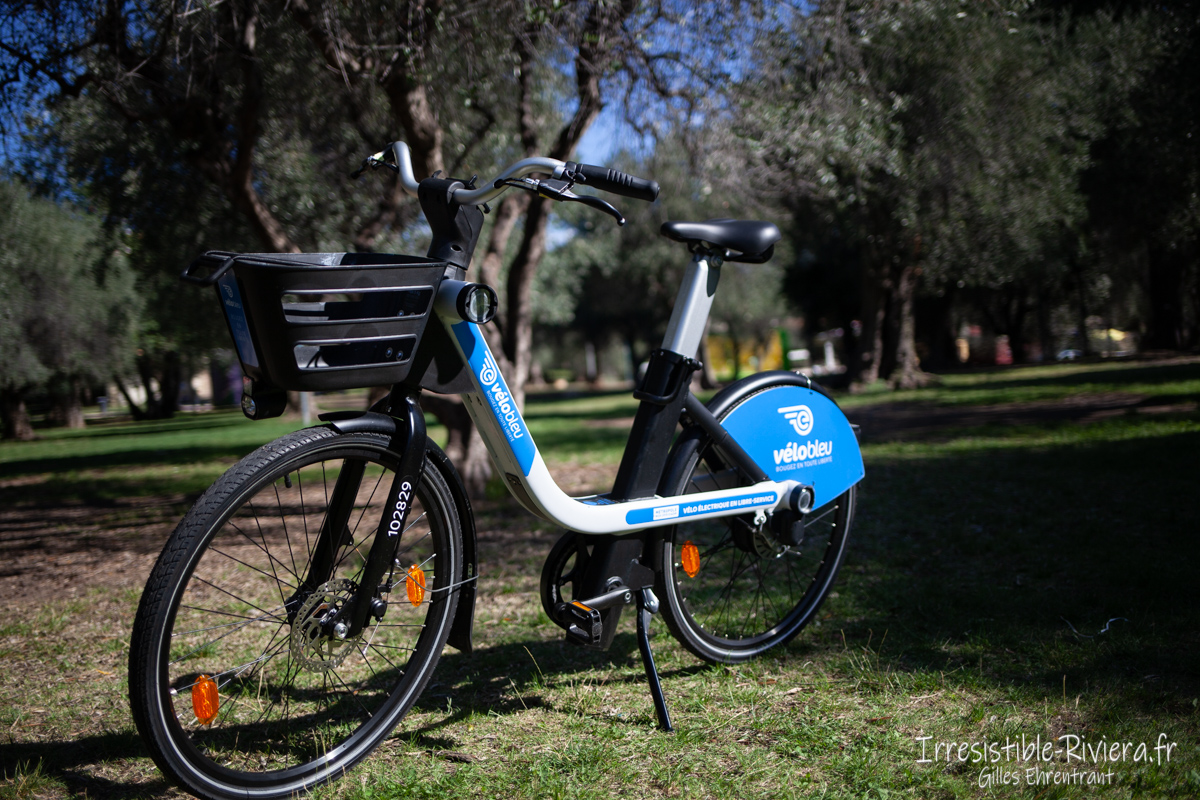 The new machine made its appearance in early October 2021 in the streets of Nice. The two-wheeler presents well with a beautiful sober and futuristic look. An aluminum frame nicely connects the two wheels with efficient adjustable disc brakes both front and rear. The saddle is very easy to adjust and allows riders over 14 years old and weighing less than 120 kg, measuring between 1.45m and 1.95m to use the blue E bike. The bike is black and metallic, the blue is only visible thanks to the stickers. The reinforced and well-sized wheels firmly absorb the imperfections of the macadam. 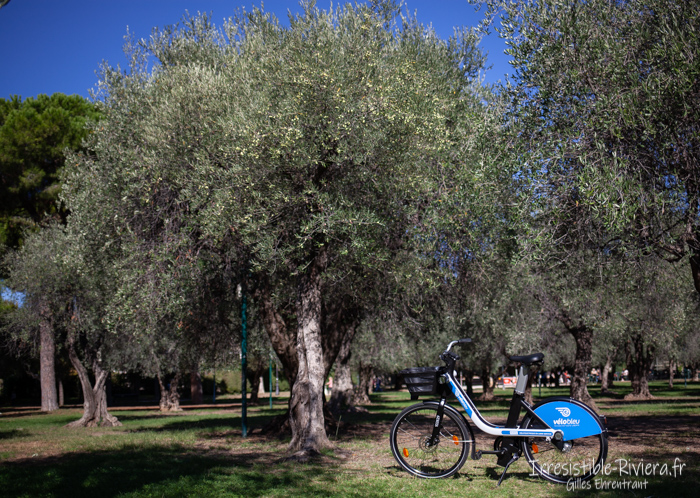 A basket, perhaps a little too small, sits at the front of the bicycle, nimble and maneuverable to squeeze through traffic.
Electric assistance, sufficiently powerful and efficient, powers a machine adapted to the relief of the Riviera. We tested the electric assistance on steep sections. The bike climbs easily and without difficulty even if you have to pedal with power in proportion to the incline of the slope.
No frills with gears to change or dosage of electric power, which allows trouble-free use, as well as probably easier maintenance for a bicycle for collective use. A small adjustable support allows you to fix your phone on the handlebars (useful for displaying a Google Maps map for example…).
The maximum autonomy makes it possible to cover a maximum distance of 50 km and the bike travels at 25 km / h maximum, manufacturer data. You can feel a kind of engine brake blocking any hint of speeding from around 25 km / h. Front / rear lighting, as well as a kickstand and mudguards complete the equipment of the bicycle.
To sum up the “hardware” part, the physical bike in itself is clearly and simply a success, at least during the first tests that we carried out.

The actors of the E-Vélo Bleu

If we have understood correctly, the distribution of roles between the different players, this means of transport is managed by the Nice Côte d´Azur Metropolis, which has delegated the management and maintenance of the fleet to Transdev. Zoov (Bordeaux, Paris, Nice ...) seems to be the happy creator and manufacturer of biclou while the company Vulog takes care of the application dedicated to our smartphones (smart phone in good Quebecois)! 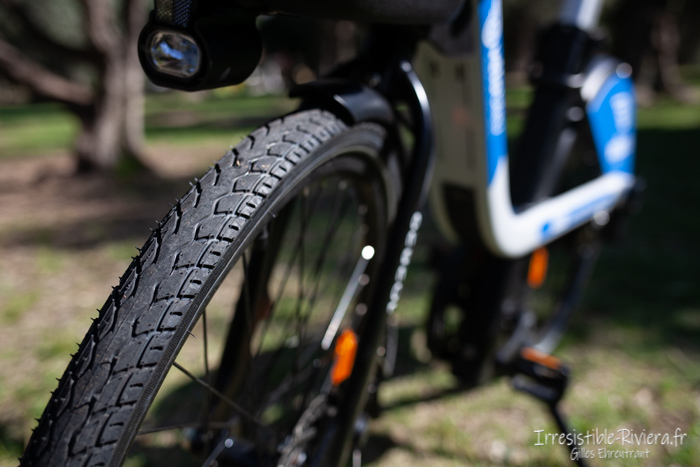 Simple, fluid and efficient. The application, available on IOS and Android, makes it easy to locate blue E-bikes thanks to the GPS integrated into the frame. An anti-theft function is supposed to protect the bike from theft. Don't hesitate to reserve the bike. Ten minutes or less will allow you to reach your mount before another takes it from you. A QR code on the handlebars allows you to start the rental. In the absence of a QR code reader, the application also allows you to start and end the rental without any hassle. Obviously, you must have created an account beforehand, an operation that only takes a few minutes online by providing your bank card details.

The VéloBleu website, redone a few years ago, presents itself well but only offers a French-speaking version, which seems quite distressing, and economically counterproductive, for a destination as international as Nice, recently promoted by Unesco as a “city”. winter resort of the Riviera ”. An English and even an Italian version of the site would be a minimum to properly welcome our foreign visitors, who are so numerous.

Prices are really adapted and that make the use really beneficial. For passing tourists a day pass at only € 3. For locals, Nice or Maralpine "down to the city", a subscription to 40 € but which drops to 10 € for subscribers "Line of Azur" (local bus), TER or Vélo Bleu non-electric.
Best of all, the subscription is free for those under 25, over 65, students and apprentices who have already taken up the new bike with enthusiasm.
The first half hour is "free" (actually paid by the taxpayer), making it easy to get from one end of town to the other. The additional half hour will cost you only 1.5 €. These prices offer a real alternative to any increasingly complicated car in terms of traffic jams and parking costs, except for a family trip and with large parcels. It is also a great opportunity to be in the great outdoors away from the crowds of public transport, tram and bus, potentially in a time of terrible pandemic, a possible place of contagion!

An area of use that has grown 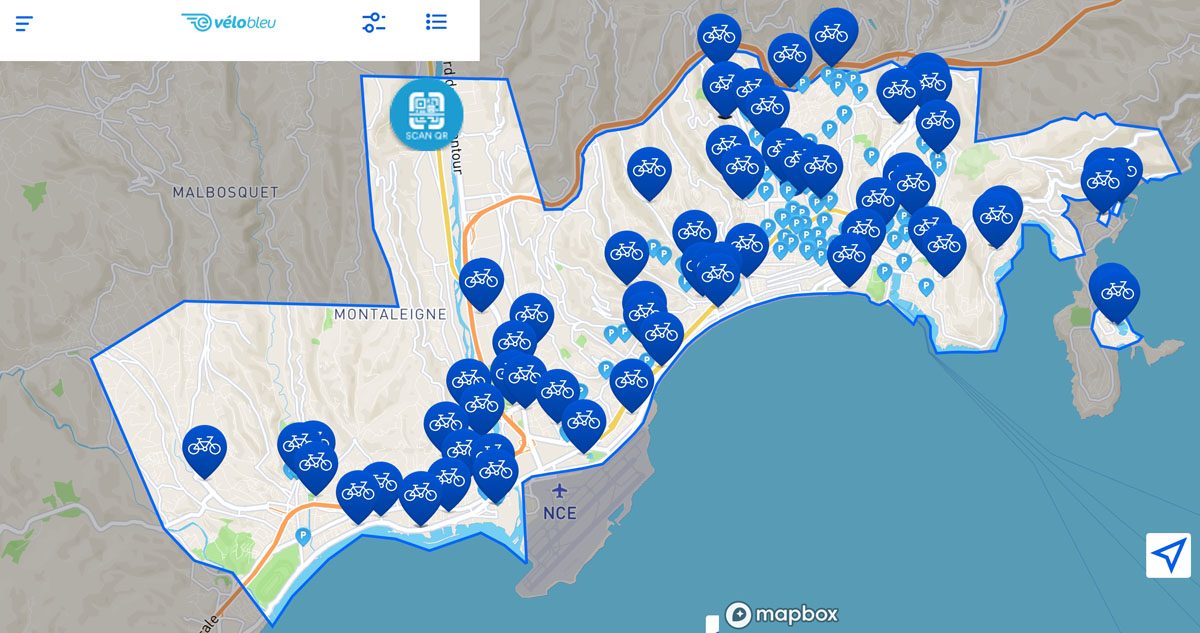 Happy initiative to have widened the perimeter of use to several municipalities around Nice towards the west as far as Saint Laurent du Var and Cagnes sur Mer and towards the east as far as Villefranche, Beaulieu and Saint Jean Cap Ferrat. The opportunity to go for a walk to Pointe Saint Hospice, the customs path or other tourist attractions such as Mont Boron. 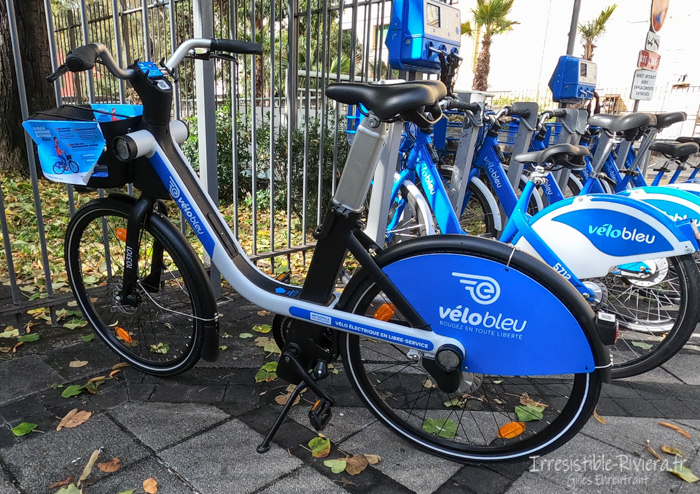 These bikes are said to be "free floating", that is to say that there are no borrow and return stations unlike conventional blue bikes. The current incivism (on all floors, by the way) always runs the risk of seeing bicycles in places that annoy other users of public space. This was the case for the old blue E bikes but also the case for the Freefloating scooters, for example in Paris or Marseille. The town hall of Nice having also decided to ban, for this reason, the rental on the public domain. In addition to railing against the indiscipline of certain users, the map on the application would benefit from being more precise and more exhaustive concerning the areas actually authorized for bicycle parking in the NCA metropolis.
A small tutorial in pictures on the troublesome areas would also allow preventive work before raining down the penalties in the event of anarchic parking. Some users are already even parking their Evélobleu in private places (courtyards with closed residences) probably to benefit from exclusive use ...

To conclude this test, this new self-service electric bike seems to us to be, finally, a real success (to be confirmed over time, of course) which can really make trips in town more fluid, provided that their number increases and that a a real network of cycle paths protected from cars (therefore safe to use by children or seniors) is finally emerging ... A difficult task given topographical constraints and local political hesitation, visibly torn by both sides at the risk of do not ultimately satisfy anyone ... 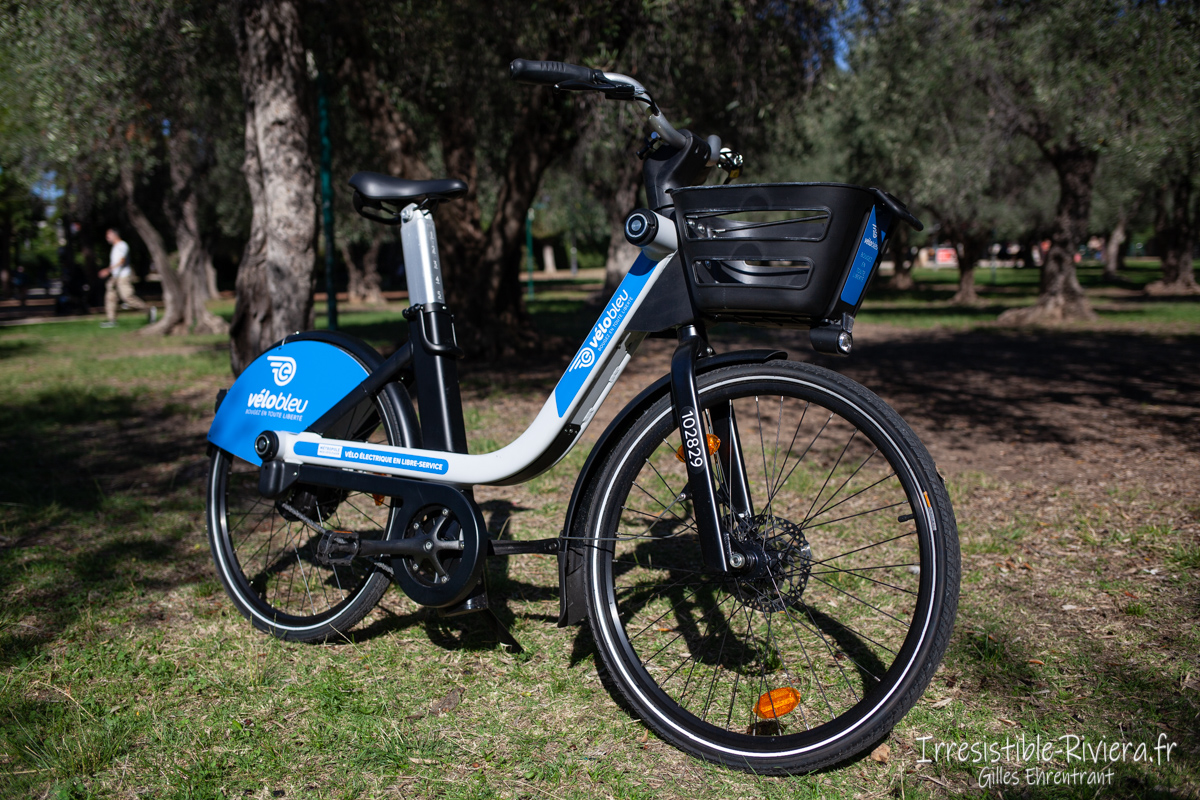 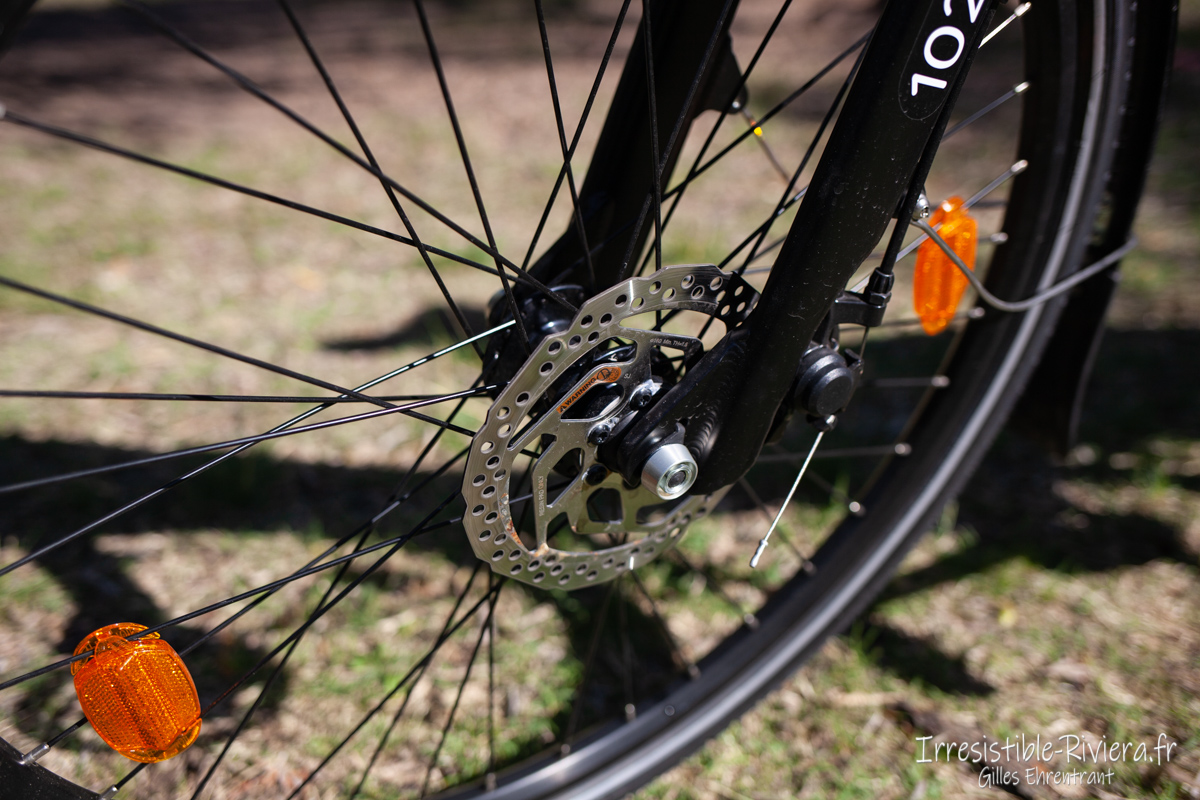 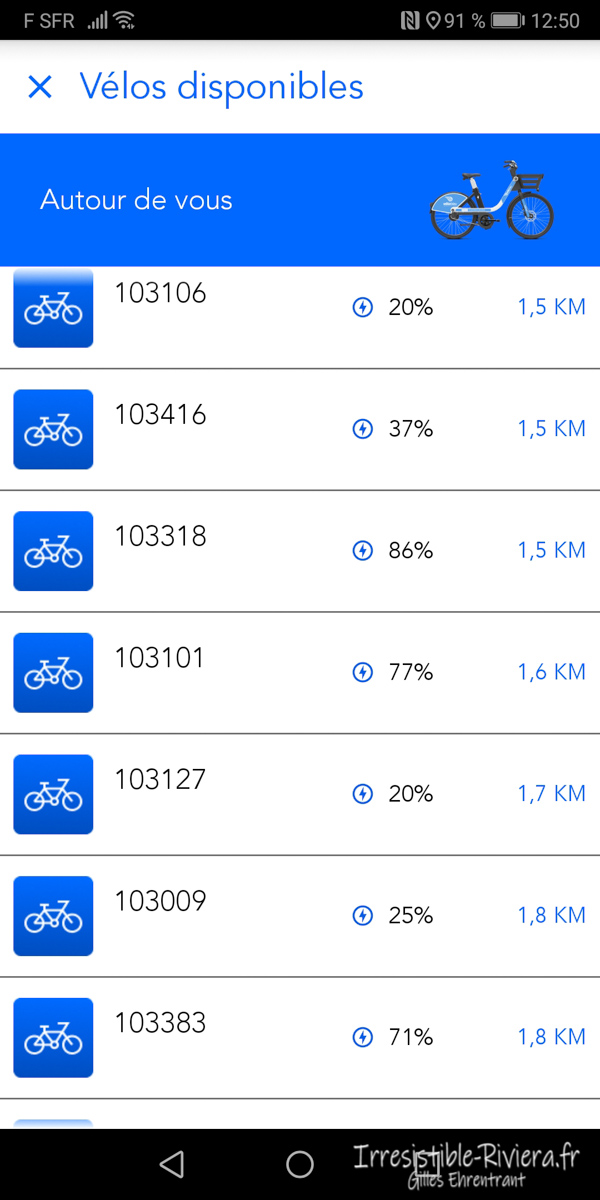 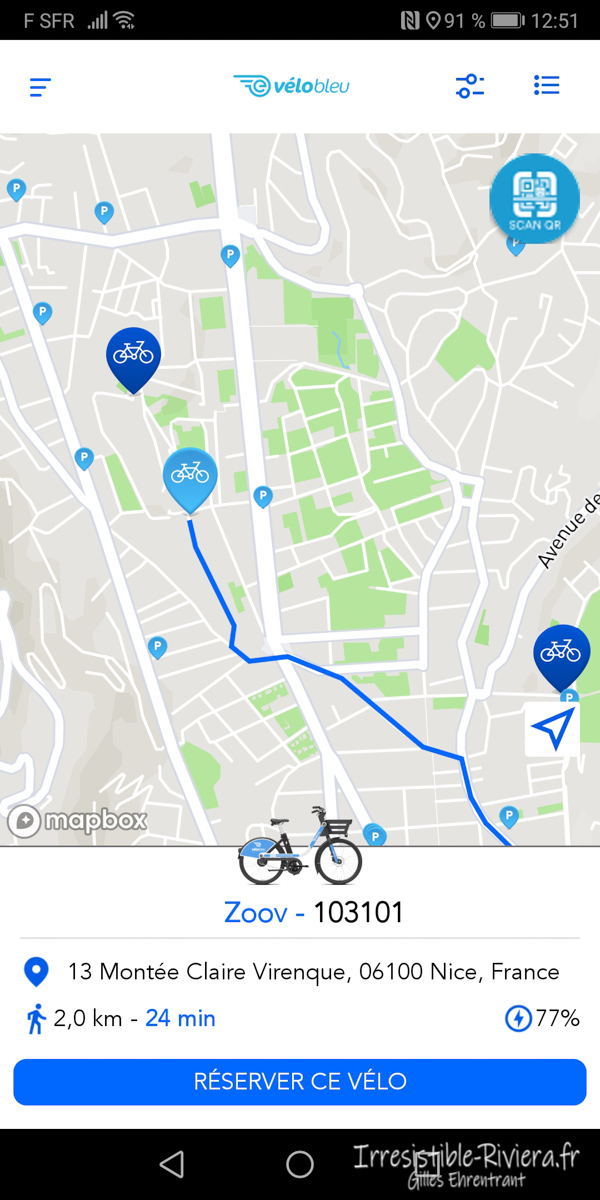 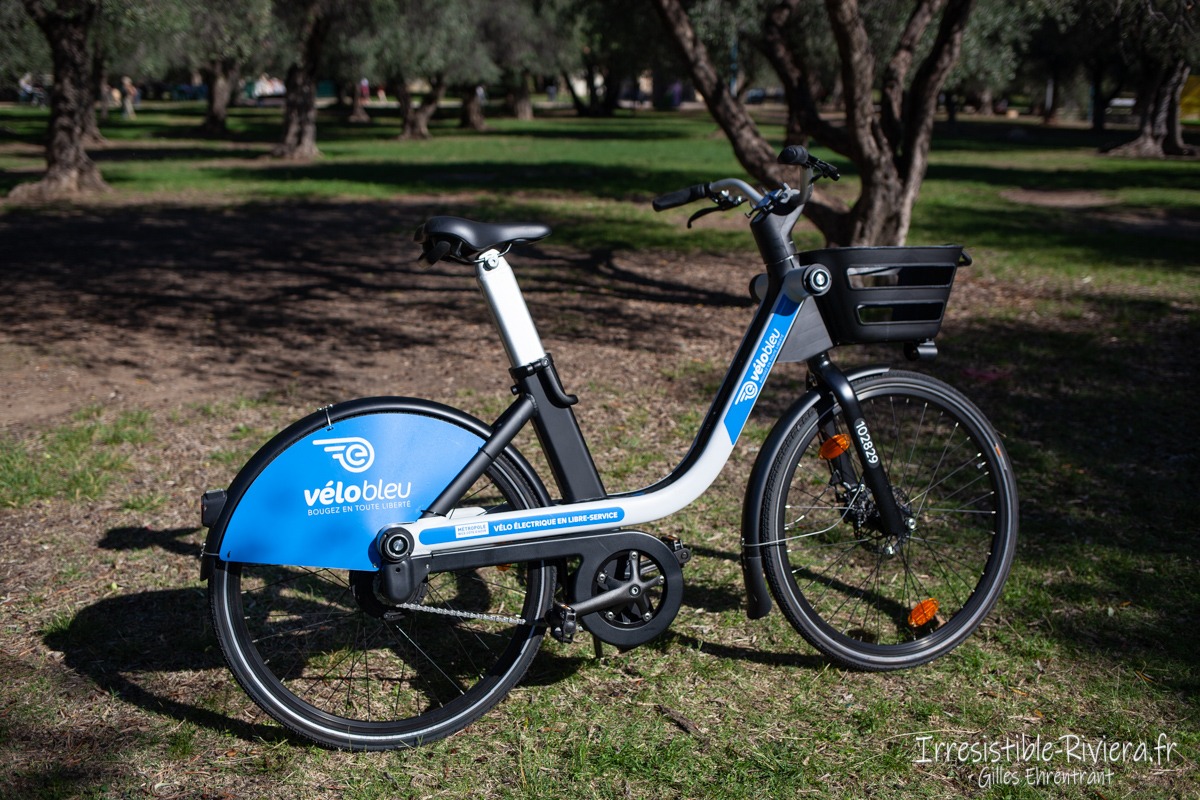