A beautiful Nice municipal initiative, with entertainment (210 spread over 60 places) often free, aimed at residents of Nice and passing visitors, will delight fans of music, culture, sport or heritage ... A few words and images ... 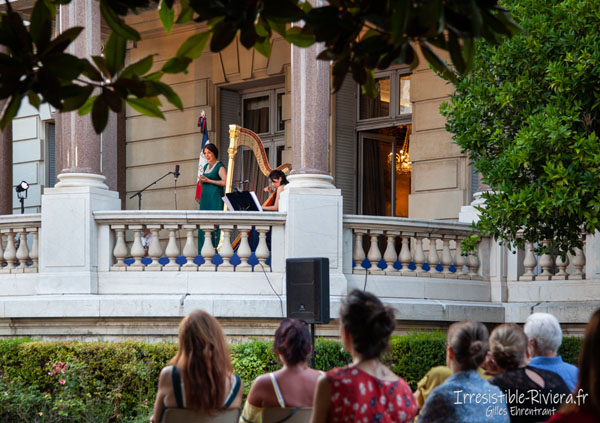 Between July and August, Nice offers an extensive agenda of street shows and guided tours. These cultural events attract passers-by as well as those who have scheduled their visits.

We particularly appreciate the principle of street performances. This creates a very pleasant and relaxed atmosphere. A kind of serendipity, very Dolce Vita, made of art, music and unexpected impromptu discoveries of alleys and small squares.

We had, for example, the chance to attend a very successful "discovery of dance" show at the Théâtre de Verdure along the Promenade des Anglais. A pleasant atmosphere during this performance offered by the Ballet Nice Méditerranée of the Opéra Nice Côte d´Azur which you can preview with some video captures on this page. Also, don't miss the half hour of classical music at noon from Tuesday to Saturday in front of the opera house near the town hall and Cours Saleya.

A scent of Dolce Vita from Nice 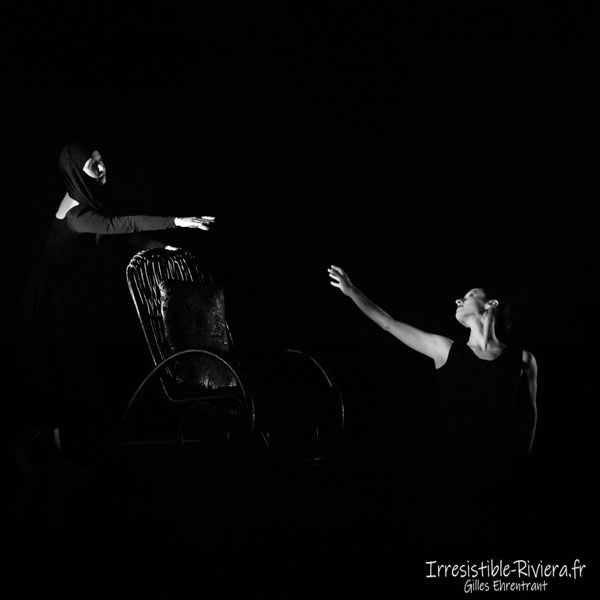 The Nice Theater (TNN) also offers pretty little scenes at the green garden at the foot of the Tour Saint François. Just like the Villa Masséna in its gardens a few steps from the Negresco with an organization always perfect for a series of evenings of songs and music with for example Marie-Caroline Kfoury (Soprano) and Mutsuko Uematsu (Harpist). Hill of the castle which also hosts an ambulatory spectacle (paying) "La Castellada" the history of Nice with in particular the famous Garibaldi but also the emblematic Catherine Segurane. Lots of more contemporary music too, with "jazz strolls" on a wagon, surmounted by local groups. Concerts also at the port with the repertoire of "Piaf le spectacle" in collaboration with restaurateurs from the Lympia basin ... or even Tango, Flamenco on the heights of the city ...

Do not miss the cannon fire show at noon Nietzsche Terrace at the top of the castle hill. Two actors from the Théâtre D'Æther in Nice (Frédéric Rey and Rowena Cociuban), accompanied by the real fireworks artist, Philippe Arnello, the one who fires the cannon every noon, play a little scene for around thirty minutes. This moment recreates for the enthusiastic public the origin of the midday gunshot from Nice. When we have a little more time we will offer you, on the blog, a short video and some explanations about this very successful outdoor show.

Musicians of the Nice Opera, in front of it, from Tuesday to Saturday at noon. Ballet Nice Méditerranée at the Théâtre de Verdure, conducted by Éric Vu-An. Concert in the garden of the Villa Massena, by the memory of Napoleon from Nice, with Marie-Caroline Kfoury (Soprano) and Mutsuko Uematsu (Harpist). Thank you to all of them for the quality of their performances.

For a better rendering : choose the maximum definition by clicking on the small gear serrated .
https://youtu.be/7cIkwKB5C8c

109, a municipal space for contemporary cultures, takes part in the festival in the east of the city along the Paillon with more than 200 artists. On the program during the weekends: dance, theater, various puppet shows, open-air cinema, digital creations, etc.

A varied and qualitative program available on the internet

You will find many other classic and more modern suggestions on www.moneteanice.fr The site is pretty well done, moreover, offers no languages other than French ! Quite incredible situation for a destination as international as Nice ... This amounts, by the way, to deprive yourself of a large potential customers... both in terms of brand image and financial benefits ... A lack of audacity ;-) and ambition, so useful to Nice merchants strongly dependent on international tourism in this dark period of post covid19, who will be able to fill themselves with these few modest lines?

Far from us the idea of advocating what some call "Surtourism" or "mass industrial tourism" (Spanish Costa Brava etc.) but culture, not necessarily always elitist, also happens to be a lever of tourist attractiveness . Nice is full of many assets and treasures that we strive, very modestly, to present on this blog. A good idea, therefore, would be to develop this concept of street shows, as was the case with the Festiventu light in Calvi in Corsica just across the big blue, visible from the hills in good weather . Many cities offer this kind of festival (Aurillac, Chalon, Beauvais, Bordeaux being probably the best known…) with often profitable economic spinoffs… Perhaps an idea to develop and personalize in Nice which has a strong artistic potential and local heritage ...

Musicians of the Nice Opera, in front of it, from Tuesday to Saturday at noon. Ballet Nice Méditerranée at the Théâtre de Verdure, conducted by Éric Vu-An. Concert in the garden of the Villa Massena, by the memory of Napoleon from Nice, with Marie-Caroline Kfoury (Soprano) and Mutsuko Uematsu (Harpist). Thank you to all of them for the quality of their performances.