Ornithological window on the French Riviera : birds from Nice

Some video captures of birds of Nice during this period of confinement due to the Covid19. The French Riviera is full of treasures also ornithological and natural .... 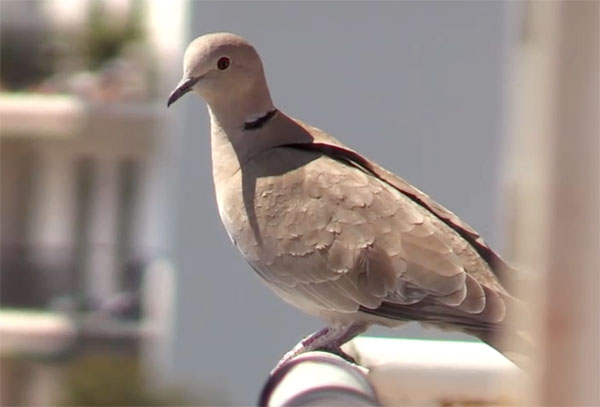 Often invisible to most of Nice, caught up in the frenetic life of the fifth city of France, this unprecedented period in recent history allows you to discover all kinds of beautiful birds twirling in the sky of the Riviera. The almost complete cessation of air traffic at one of the largest airports in France, the sharp slowdown in motorized traffic makes the idlers of cities more audible. Unless this almost silence gives them wings and more voices than usual? Bird watchers will be able to admire some of the local species with the video below. Do not miss the visit, when possible, of the small museum of natural history of Nice in the district of square Garibaldi just next to the Promenade du Paillon. The French Riviera, renowned for its cultural, architectural, botanical heritage, etc., is not to be outdone regarding its natural and animal riches, both in the hinterland, the Mercantour mountain range, the coastal and marine part, but also urban.

For a better rendering : choose the maximum definition by clicking on the small gear serrated .
https://youtu.be/O2AfEKv1x78

The birds on these video captures:

The kestrel is a small, agile raptor in constant search for live prey to attack. It thus participates in the city’s ecosystem by mercilessly eliminating the most fragile mice, insects and other small animals. His keen eyesight allows him to detect his prey from a distance, especially when he is doing so-called hovering. The many trees in Nice allow it to nest easily.

The Gull, a large bird with impressive aerodynamics, eats everything voraciously. Its gliding flight uses the slightest thermal or dynamic ancestors present in the city. He doesn't hesitate to open the trash bags lying around with his strong beak to find his food. Gull not to be confused with the smaller and discreet seagull. It regularly attacks puny pigeons to kill and eat them. Sometimes, rarely, aggressive behavior towards humans. It is also called Gabian along the French Mediterranean coast.

Omnivorous, talkative magpie or Pica Pica hops in search of food. It feeds on seeds as well as earthworms or even the corpses of other small animals. In black and white mode, its plumage sometimes reveals colorful, iridescent hues turning towards golden blue. Its flight resembles the trajectory of a dolphin, the "porpoise" magpie with wave-shaped trajectories in the vertical plane. With the wing open, it hovers, then alternates with the wings closed to pick up speed, and so on.

The Turkish dove looks like a pigeon from afar but its size is a little smaller and its light gray plumage more uniform. It does not coo but moans, a whole program! The turtledove does not hesitate to get close to humans as long as a few crumbs of bread, grains of rice, are there. A small black necklace encircles his neck.

It’s the classic city pigeon. In this video we see an animal visibly in great shape and quite robust. The temperate climate and the luxuriant vegetation of the city gives it a habitat probably more favorable than in the big cities like Paris or Lyon. Pigeon fanciers use the pigeon to transmit messages clinging to its paw. Competitions are used to assess the bird's orientation skills. This capacity is used in particular for the armed forces as a last resort and in the event of failure of more conventional and modern transmissions ...