Each year, the capital of the French Riviera is an exceptional carnival. The winter event between mid-February and early March attracts hundreds of thousands of visitors. The opportunity to offer some information, tips and pictures of past editions.

A carnival in the sun of the Côte d'Azur 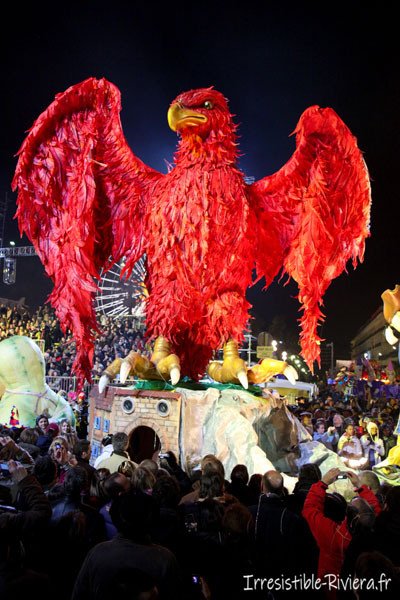 The procession sails between Place Masséna, nicely illuminated during the end-of-year festivities, and the seaside thus bypassing the bottom of the green garden. You will have the choice between seats seating 28 euros for the year 2019 and standing at 10 or 5 euros. These prices allow all the scholarships to come and party in the middle of party favors and tanks. Note that the spectators really and completely disguised do not pay the entrance up standing.
The King and Queen of the carnival will hold your attention and generally embody the theme chosen for the edition of the year. In 2019, for example, the theme will be cinema. The French Riviera often hosts film shoots and has large film studios in the Victorine west of the city. The organization of the festival requires more than six months of preparation each year. Several hundred festival-goers preparing sets, chariots and street shows that will liven up the carnival. About 60 troops and twenty tanks of 12 meters long participate each year in the success of the event.
The incineration of the King at sea in front of the garden Albert first closes the carnival.
If you are interested in the history of the carnival, we recommend you visit nearby the Negresco (the Eiffel Tower of Nice), the Masséna museum where you can admire old engravings and paintings of the Carnival of Nice by example in its early days.
Hundreds of thousands of spectators enjoy each year of this festive moment, do not hesitate to organize your stay (hotel reservation for example, etc ...) and your displacements (air tickets etc ...) sufficiently early to 'get competitive rates, even if last-minute bookings can also be a great bargain ... Remember, during your stay, to visit the beautiful city of Nice but also the rest of the Côte d' Azure.
We advise you to visit the Wikipedia page https://fr.wikipedia.org/wiki/Carnaval_de_Nice dedicated to the festival but also the official website http://www.nicecarnaval.com/