We propose some sources of information about the French Riviera through a list of sources that we find interesting. Classic news sources of the press type but also from the world of the internet and social networks.

You will find below a list of media interested in the French Riviera. All are only in frenhc language, sorry abot that! Thank you to send us your possible additional proposals provided that it is not media claiming supporters or commercial. 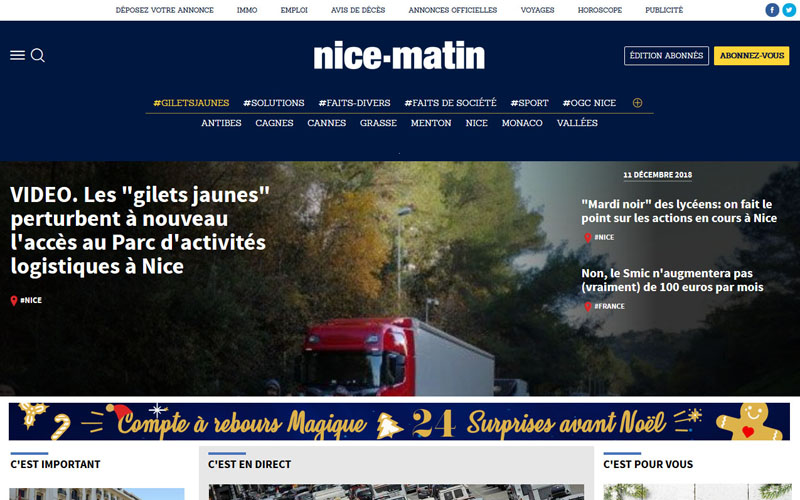 The local daily newspaper offers a well done website. Articles are available to subscribers for 10 euros per month. The titles and debut of articles are accessible to everyone and it is even possible to read the entire articles provided they watch an online advertisement of a few minutes. Several local editions will allow you to read only about for example Nice, Monaco, Menton, Cannes, Grasse or the hinterland etc ... 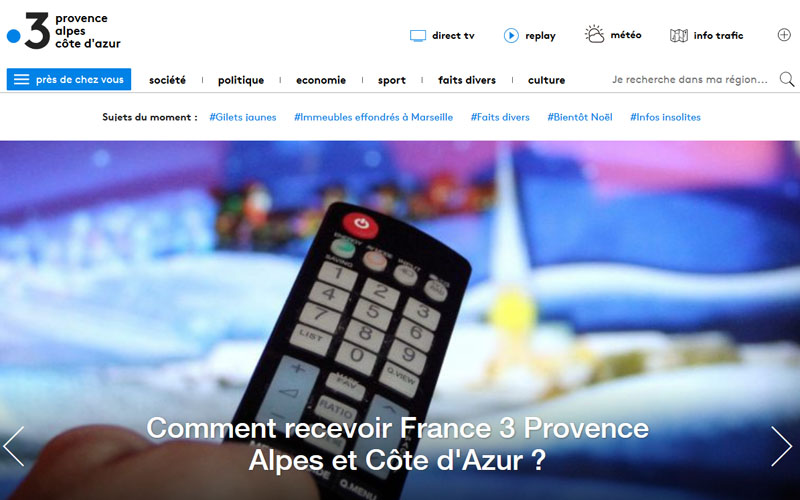 The local public television broadcasts two newscasts a day that can be viewed live or rebroadcast. Quality and independent journalistic coverage. Magazine "Mediterranean Chronicles" animated by Nathalie Simon on Sunday at 12:55 etc ... 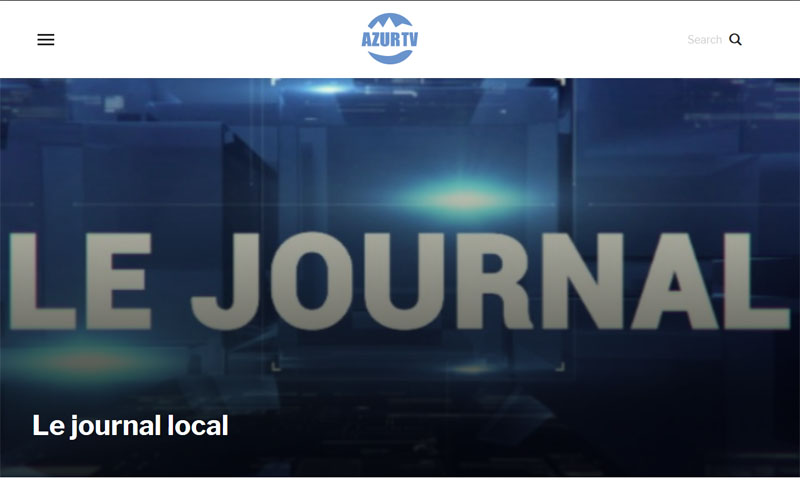 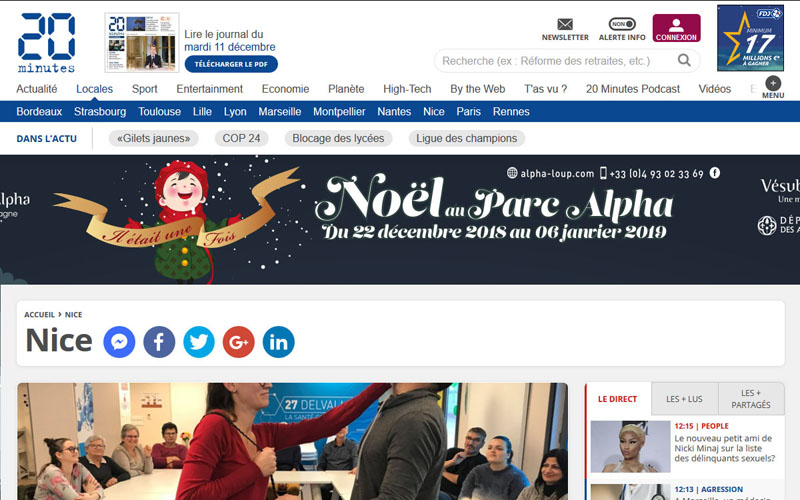 Nice is one of the few cities in France with its own local edition. The free newspaper distributed in paper version in the street and the train stations. A few short articles (4-5) are offered daily regarding the French Riviera and its capital. The overall tone is nice and the content is often retweets. 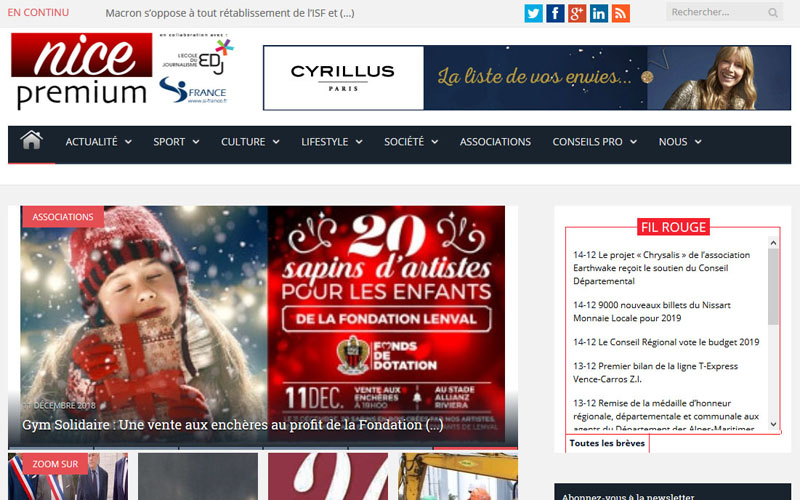 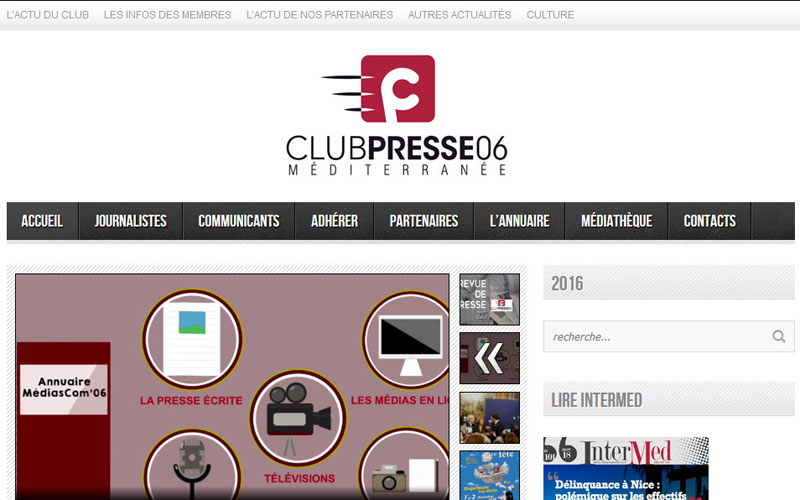 The press club 06 brings together the professionals of the sector and has a site that regularly publishes all kinds of information: from the resumption of national press dispatches to more local information mainly and logically focused on the news of the profession journalist and the world of the Riviera press. 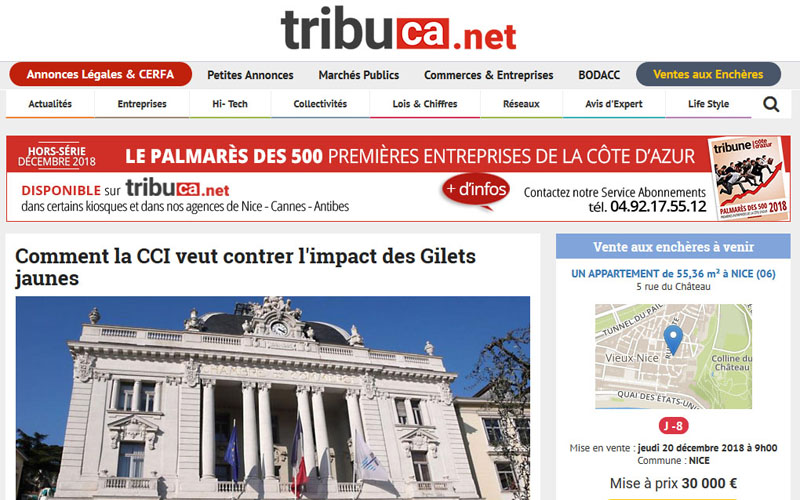 A newspaper rich in content mainly focused on the economic news of the Côte d'Azur. The newspaper also publishes local legal announcements and proposes a paper version in about fifty numbers per year drawn to more than 7500 copies by number. Not to mention special numbers: classification of companies Riviera, congress, directory of legal professions and accountants etc ...

Get informed through social networks

Social networks can be informed almost by the minute as the number of private and amateur observers, everywhere present with a simple smartphone, broadcast what happens around them. Local journalists broadcast, often and often, in the news the latest news via their personal tweeters accounts.
Do not forget of course that all this information deserve to be decrypted and verified. The number of infox and attempt of influence of all kinds abound on the web.

Various online tools make it possible to collect publications from different social networks. We recommend Tagbord, which deserves to be easy to use:
https://tagboard.com/alpesmaritimes/search

The largest social networks in the world, too intrusive and greedy personal data to resell, lack of transparency, especially in the way it distributes information available on user profiles (Edgerank).

Twitter broadcasts a lot of information of all kinds (photo, video etc ...). It is obvious that everything and anything goes through this channel whose users are (relatively) protected by anonymity. It is nonetheless true that by sorting it is possible to find a lot of small information called low current. Sometimes at first sight anecdotal these messages, tweets, give somehow the pulse of the particular atmosphere Riviera. 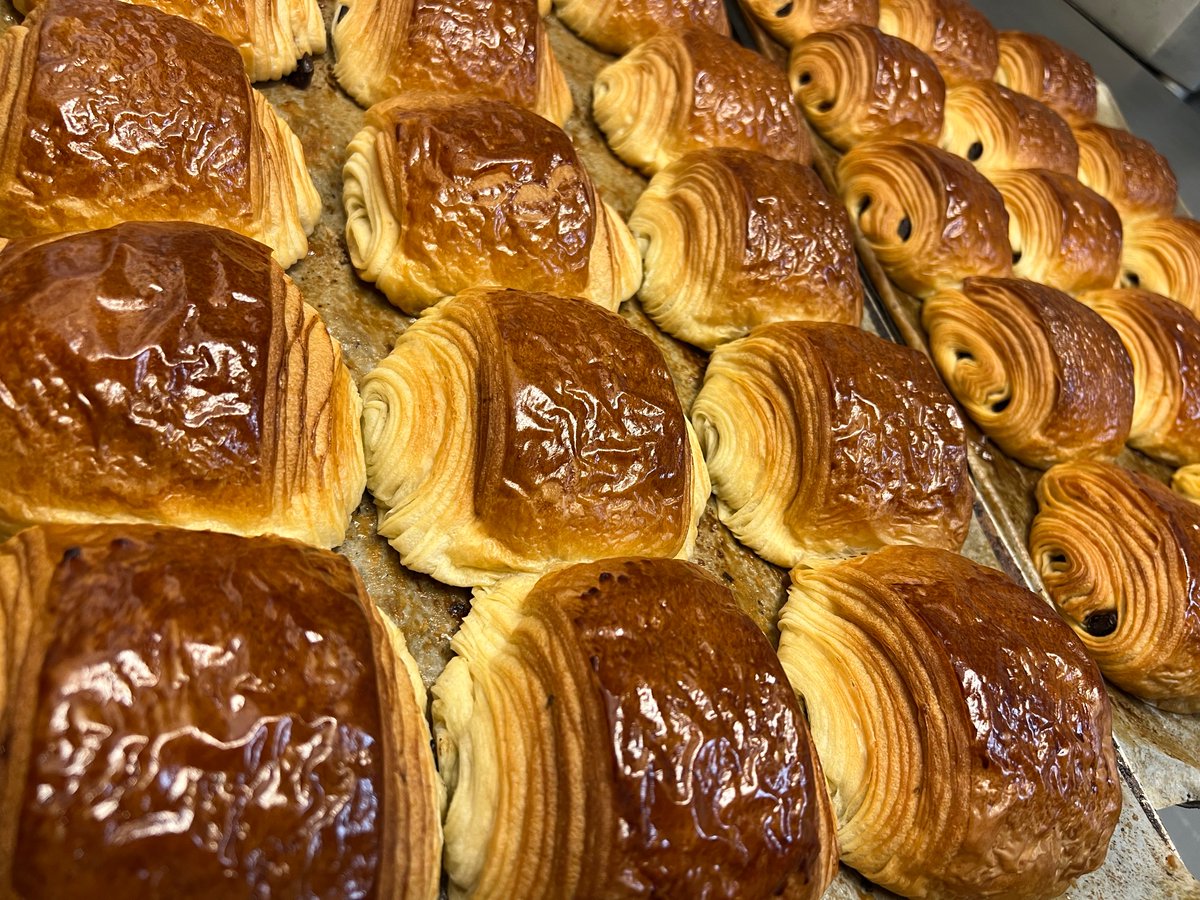